Andres Iniesta has acknowledged it will be a “strange” feeling for him to line-up against Barcelona for the first time as a Vissel Kobe player.

Iniesta is regarded as a legend over at Barcelona following a trophy-laden 22-year career at Camp Nou. He made 669 appearances and won 30 trophies during his time at Camp Nou.

At 35, though, the Spanish playmaker is in the twilight phase of his career and chose to leave his beloved Barcelona last summer for Japanese club Vissel Kobe to prolong his playing days.

During his press conference last year to announce his Blaugrana exit, Iniesta revealed he would leave Europe as he could never play against the club. 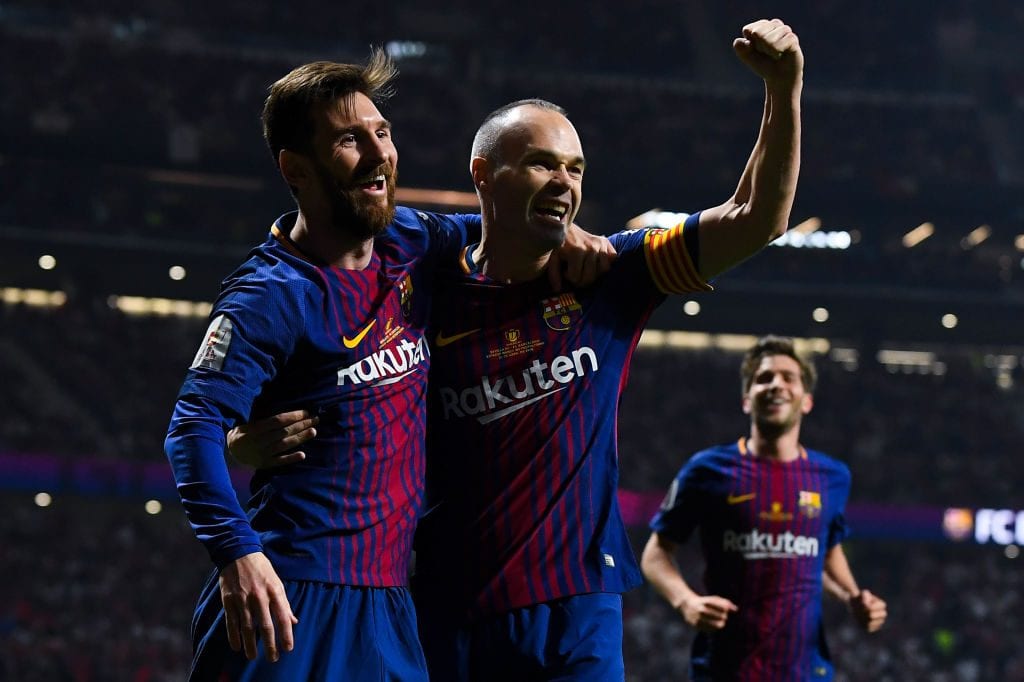 A year later, however, the World Cup winner finds himself in that exact predicament as Vissel Kobe prepare to welcome Barcelona next Saturday.

“On July 22 it will be a year since my debut in a Vissel Kobe shirt. One year already, and a very intense year at all levels,” Iniesta wrote on the club’s website.

“My first year as a former Barça player and my first year in a country, Japan, that is so different from Spain.

“I have said so many times, I wish I could’ve continued playing at FC Barcelona for the rest of my career, alongside all the friends I have in the dressing room, in the magnificent stadium that is the Camp Nou, with the affection of the fans and playing in great competitions like La Liga and the Champions League.

“But there are moments in life where you have to make decisions. I already made one at 12 years of age, with the support of my family, when I left Fuentealbilla to go to La Masia.

“I did it again a year ago, with the support of my extended family once more. I came to Japan to continue enjoying football, and that’s what I’m doing because it’s what I like the most.”

After finishing 10th in the 2018 J-League table, Vissel Kobe find themselves down in 15th-place and just three points above the relegation playoff zone in the current league season.

“Regarding results, they’re not as good as we would like, but the football experience is very interesting. Japanese football is very competitive and, although it doesn’t look like it, the fans are very passionate,” continued Iniesta.

“The atmosphere in the stadiums is really amazing. You will see that when we play against Barça on July 27th in Kobe, because the Noevir Stadium will surely be full. I am always pleasantly surprised by the affection that all the fans give me wherever we go as they are very grateful and respectful.

Iniesta added: “It is curious that, one year after I came here, Barça are visiting my current city. Without a doubt, it will be a very special game for everyone. It will be strange to have Busi [Sergio Busquets], Jordi Alba and [Ivan] Rakitic as my opposition.

“It will be strange to play against the team of my life and it will be a day of many emotions for me. Hopefully, we will all enjoy it, and that the fans of Vissel Kobe have fun watching a great game.”