Arsenal will face an anxious wait for updates on Alexandre Lacazette’s ankle injury after losing Emirates Cup final 2-1 to Lyon.

Arsenal had got off to a bad start in front of their home supporters at the Emirates Stadium on Sunday. Things quickly hit a blip when Lacazette suffered a knock and had to leave for treatment in the 12th-minute.

Manager Unai Emery substituted the Frenchman for Reiss Nelson. Although the fact that the striker managed to run to the touchline may suggest his withdrawal was a mere precaution.

Despite the early blow, however, Arsenal regained their composure and began piling the pressure on Lyon.

Pierre-Emerick Aubameyang then finally broke the deadlock in the 35th-minute by smashing home a volley. The Gabon captain’s strike from Henrikh Mkhitaryan’s cross proved unstoppable for Lyon keeper Anthony Lopes.

The Gunners continued to have the measure of Lyon in the second-half. Although the French side eventually did begin to find their feet in London and tested the hosts’ defence.

Former Manchester United winger Memphis Depay gave Bernd Leno his first real challenge in goal. But the Arsenal shot-stopper was able to pull off a brilliant save to protect their slender lead.

And Arsenal were made to pay dearly for those misses, with Depay’s cross allowing Moussa Dembele to head in a 66th-minute equaliser for Lyon.

Emery then brought on new signings Dani Ceballos and Gabriel Martinelli to turn things around. For a moment, the Spaniard’s decision appeared to pay dividends when Martinelli scored.

But the 18-year-old was cruelly denied a dream home debut, when the officials ruled his goal out for offside.

Arsenal later suffered another blow when a Lyon counter-attack enabled Dembele to coolly put away a 75th-minute winner.

While Aubameyang did hit the post late on, Sylvinho’s men held on for a memorable victory over the Gunners.

Prior to the match, a minute’s silence was held in memory of former Arsenal player Jose Antonio Reyes. The Spaniard tragically lost his life in a car accident in Seville last month. 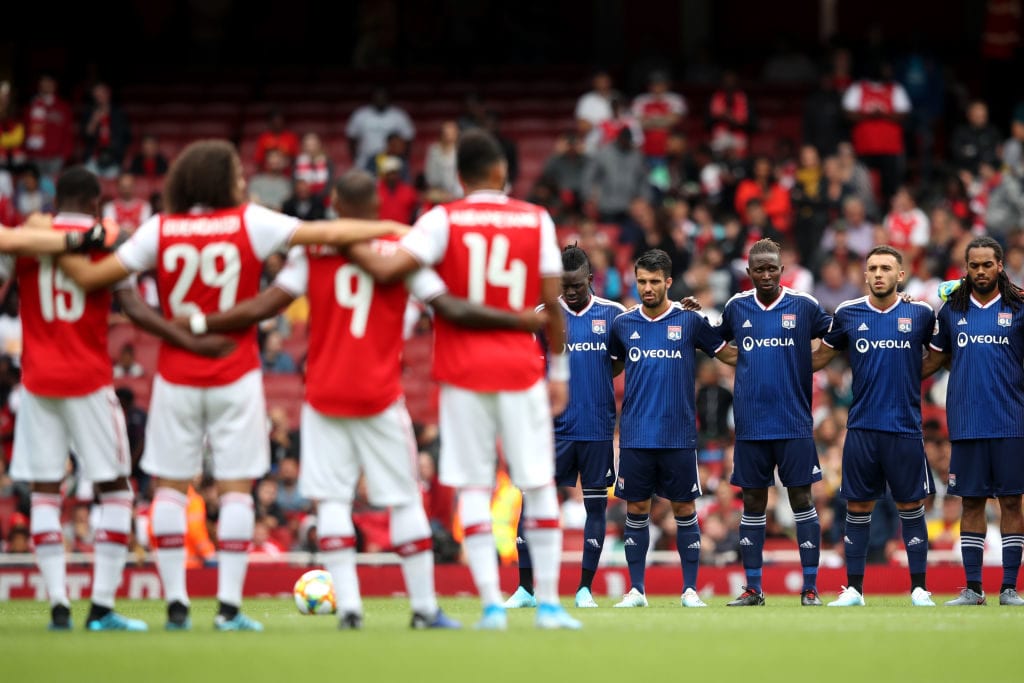