Despite being leaders for large parts of last term and taking the title battle into the final day, Dortmund ended up two points behind Bundesliga champions Bayern Munich after a mid-season dip in form.

But Lucien Favre’s side have already taken steps to go one better next season by signing Brandt, Hazard and Schulz.

Although Witsel, who arrived at Signal Iduna Park last summer from Chinese side Tianjin Quanjian, teased there could more new players coming.

“I played against Brandt in Leverkusen, it was hard work. I’m delighted for Thorgan, too. He’s only going to get better, but they’re all good transfers. We need them, and perhaps there are more on the way.”

BVB supporters will, undoubtedly, be hoping the new recruits can emulate Witsel’s impact last season for their debut campaigns.

Despite spending more than a year over in China, the Belgium international quickly readapted to European football and proved to be a major player in Dortmund’s title challenge.

In fact, Witsel finished with a league-best of 94% of his passes finding their intended target. He also made 43 appearances in total, while contributing towards seven goals.

And the 30-year-old is raring to go next season after coming so close to the Bundesliga title.

“We gave away too many points during the second half of the season, but we’re a young team,” said Witsel.

“It was still a positive experience because we played a brilliant season. Nobody expected it from us. Now we have to learn from the experience.”

The Dortmund star added: “We want to play an even better season next term.

“We’ve got young players, but experienced guys, too. You need that in a title race. We can win titles and cups, anything is possible!” 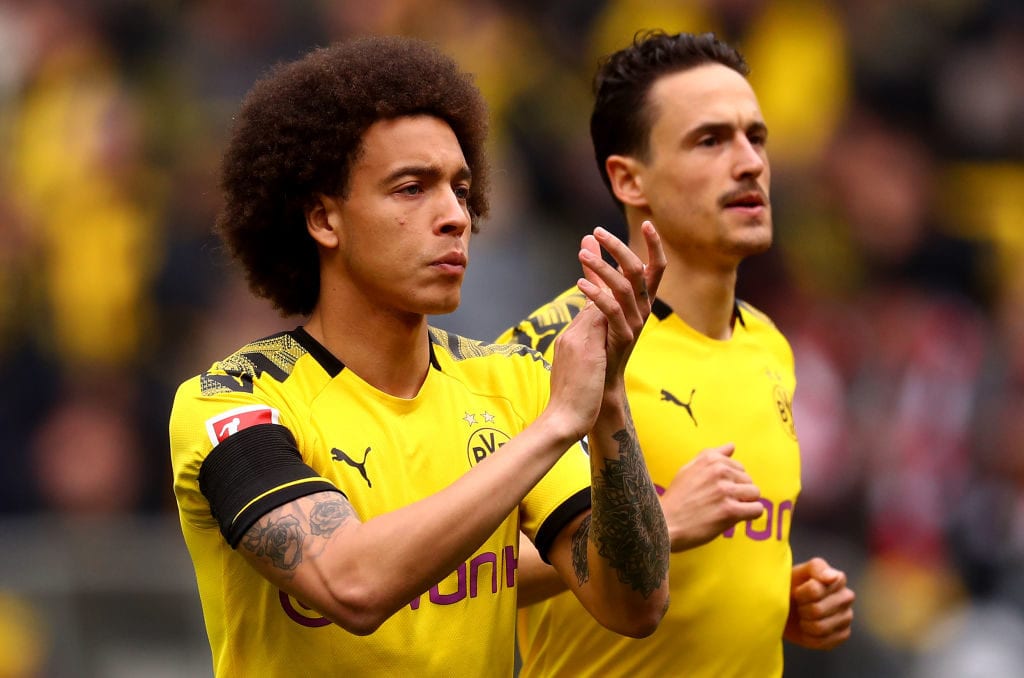