A “bitter” Lionel Messi was left to lament another blow to his Argentina career following a 2-0 defeat to Colombia in their Copa America opener.

Messi wasted a chance to put Argentina ahead in Salvador on the rebound only for his effort to go wide. He later made a brilliant solo run into the area, but simply couldn’t find a way past the Colombia defence.

Argentina were initially outplayed by Colombia before Rodrigo de Paul’s arrival in the second-half swung things back in their favour. However, it was Carlos Queiroz’s men who took the lead through Roger Martinez’s stunner.

Afterwards, La Albiceleste never looked like scoring and Duvan Zapata later scored to seal a 2-0 victory for Colombia. It means Argentina have lost an opening game in the Copa America for the first time since 1979.

And Messi was left to rue the defeat as his hopes of winning a first international trophy suffered a big blow.

“We leave here feeling bitter. In the second half, we had our chances,” said Messi, according to the National.

“It takes time to accept this defeat, but let’s see what the next days will be like. We need to look at the horizon and move on.

“We didn’t want to start this way, obviously, but now we have to lift our heads and keep going.”

Messi added: “In the first half, we retreated a little and were holding on, but in the second we really opened up.

“Whenever you lose it’s hard for us, we usually take it badly. Now we have to think about Paraguay.”

“We have to take the positive things of today and think about tomorrow. We have many chances.”

Messi and Argentina will next take on Paraguay on Wednesday in Group B. Victory will likely be a must if they are to maintain a challenge for the national team’s first Copa America since 1993. 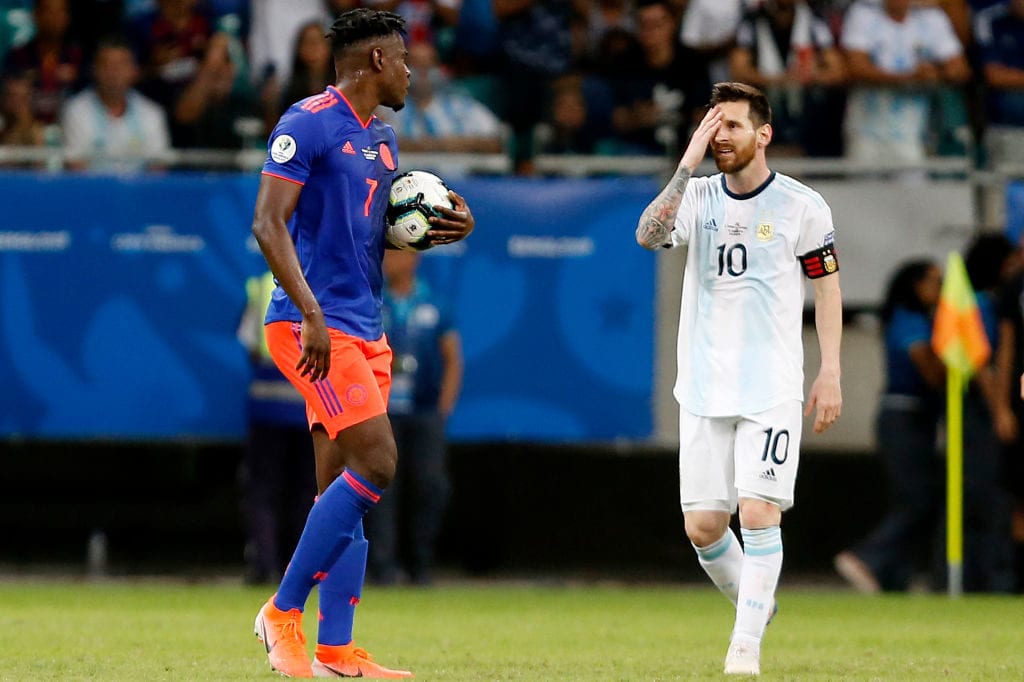