Since Ronaldo’s shocking €112m exit to Juventus last year, Real have struggled greatly without their record scorer banging in the goals each game.

Experts had named several high-profile names with moves to the Santiago Bernabeu as potential Ronaldo replacements. Among them has been Hazard, with Peter Crouch once claiming the Belgian’s natural abilities aren’t far off the five-time Ballon d’Or winner.

Now Hazard’s completed his long-awaited transfer to Real, it again raised questions on whether he is Ronaldo’s replacement.

When asked about these rumours, Calderon told Sky Sports: “No, that’s impossible

“No one can substitute a player like Cristiano, he’s got everything.

“He is one of those talented players who get up every morning with the obsession to be better than the day before. In terms of his talent, the way he trains and the way he pushes [himself] every day – it’s impossible!

“I think Hazard is one of the top five players, one that everybody would love to have in their team.

Despite ruling out Hazard as Ronaldo’s replacement, however, Calderon is predicting a bright future for the 28-year-old.

“I think it is fantastic news for Real Madrid,” said Calderon.

“The player is one of those that anyone would like to have on their team – good dribbling, excellent passing and he can play both flanks because he uses the two feet.

“He can play as a winger, attacking midfielder and also a false nine so it’s perfect.

“I think it has been a good opportunity to take advantage of player’s decision to leave Chelsea.”

Real signed Luka Jovic from Eintracht Frankfurt on Tuesday in a €60m deal. While FC Porto centre-back Eder Militao will arrive in a €50m deal along with his fellow Brazilian Rodrygo from Santos for €45m.

Calderon added: “This is the real one [Hazard], the other three [signings] I’m not quite sure.

“But Eden Hazard is really that player that can make a difference and I hope he can play at the same level he has been in the Premier [League].” 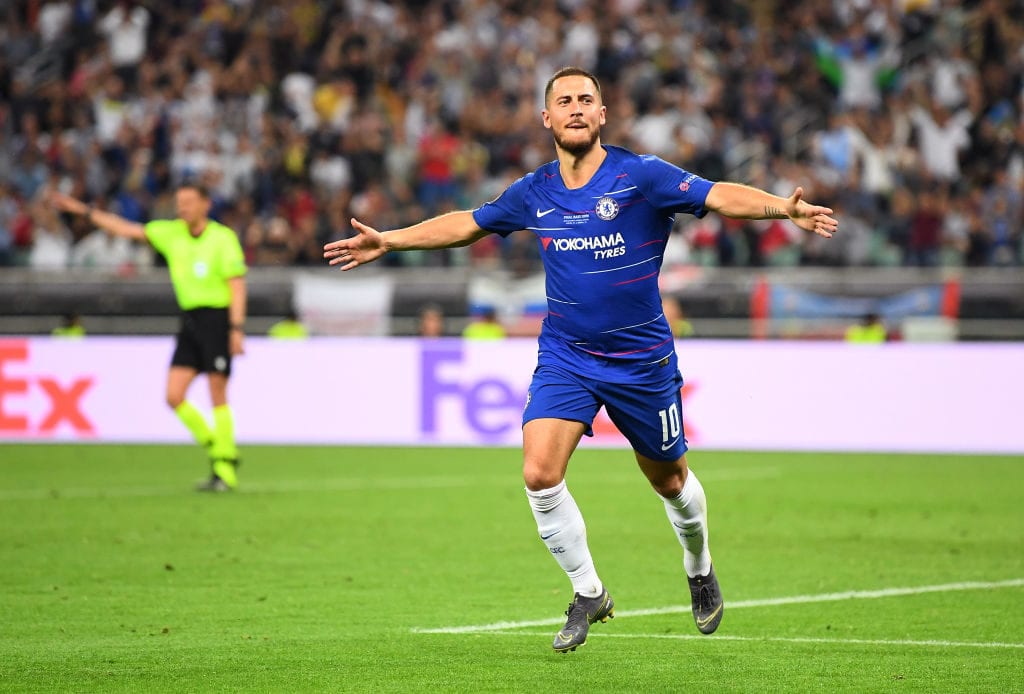