Thibaut Courtois has backed Belgium team-mate Eden Hazard “to make the difference” and lead Real Madrid to glory next season.

Following a year of near-constant speculation, Hazard finally completed his dream transfer to Real on Friday. A five-year contract has been agreed on, with Chelsea to receive €100m which could eventually rise to €146m.

The Belgian winger had starred for Chelsea over the last seven years, where he won two Premier League and Europa League crowns. He also bagged an impressive haul of 110 goals and 92 assists in 352 appearances.

The past season, though, was Hazard’s most impressive in a Blues jersey. He was in scintillating form and terrorised Premier League defences with his pace and dribbling skills.

And Courtois, who played alongside Hazard at Chelsea himself, is tipping his old friend for greatness in Spain.

“If he speaks a little Spanish, it will be even better,” said Courtois, according to Marca.

“It’s very nice that we’re going to be together. He’s my friend, I get along very well with him and his family.

“For Madrid, it’s going to be fantastic. I think [Hazard] is going to make the difference and I hope we can win many titles next season.”

The Real goalkeeper and Hazard helped Belgium defeat Kazakhstan 3-0 on Saturday in a Euro 2020 qualifier. Dries Mertens, Timothy Castagne and Romelu Lukaku were the scorers.

Therefore, Roberto Martinez’s side moved three points clear at the top of Group I from second-place Russia. They’ve won all three of their matches, with eight goals scored and just one conceded.

Now, the Red Devils will turn their focus on to Tuesday’s encounter with Scotland in Brussels for their final game of the season. The players will then head out for their summer break, with Hazard to go to Madrid to be officially presented as a Los Blancos player two days later. 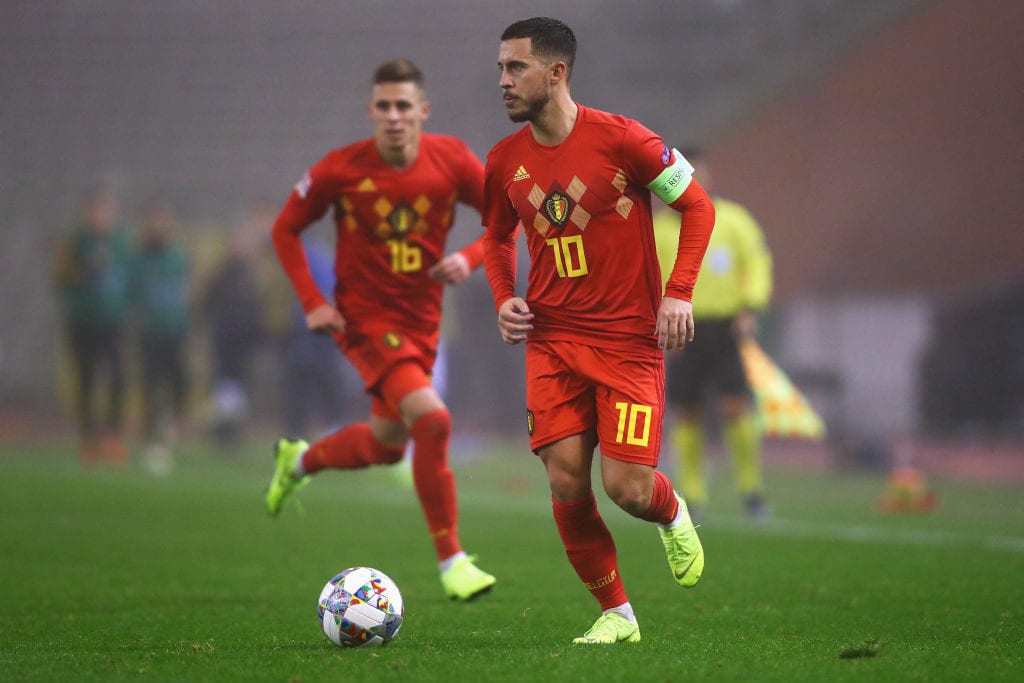