Cristiano Ronaldo paid tribute to the “good rivalry” he’s shared with Lionel Messi down the years as it’s made him an even better player.

Ronaldo and Messi are two of football’s biggest names following their legendary exploits for over a decade. The pair have won five Ballon d’Ors each and broke the 600-goal barrier in their club careers last season.

Their famous rivalry played out for nine seasons in La Liga after Ronaldo’s move to Real Madrid in 2009 from Manchester United. The Portuguese star and Barcelona’s Messi ruled Spanish football for nearly a decade.

Naturally, there has been a similarly long debate as to who is the GOAT (Greatest Of All Time) between them. Although comparisons have been somewhat inconclusive considering the mixed reviews.

For Ronaldo, though, there is nothing but gratitude for the rivalry Messi has provided him. In fact, he feels it helped him take his game to the next level.

“I have no doubt that Messi has made me a better player and vice-versa,'” Ronaldo told Portuguese channel TV1.

“When I am winning trophies it must sting him and it’s the same for me when he wins.

“I really admire the career he [Messi] has had and from his side, he has already talked of the disappointment when I left Spain because it was a rivalry that he appreciated.

“It’s a good rivalry but it’s not unique — Michael Jordan had rivalries in basketball, there was Ayrton Senna and Alain Prost in Formula 1. The thing they all had in common is that they were healthy rivalries.”

Despite rumours the pair don’t get on, Ronaldo revealed that he’s got an “excellent” working relationship with Messi.

The now-Juventus superstar even suggested they may go out for dinner one day.

“I have an excellent professional relationship [with Messi] because we have been sharing the same moments for 15 years,” said Ronaldo.

“We’ve never had dinner together but I don’t see why we can’t in the future. I don’t see a problem with that.”

Messi also spoke on his famous rivalry with Ronaldo in June, where the Argentine opened on how much he misses him in La Liga.

The pair will once again go up against each other for the UEFA Player of the Year prize alongside Liverpool’s Virgil van Dijk. UEFA will declare the winner in Monaco on August 29. 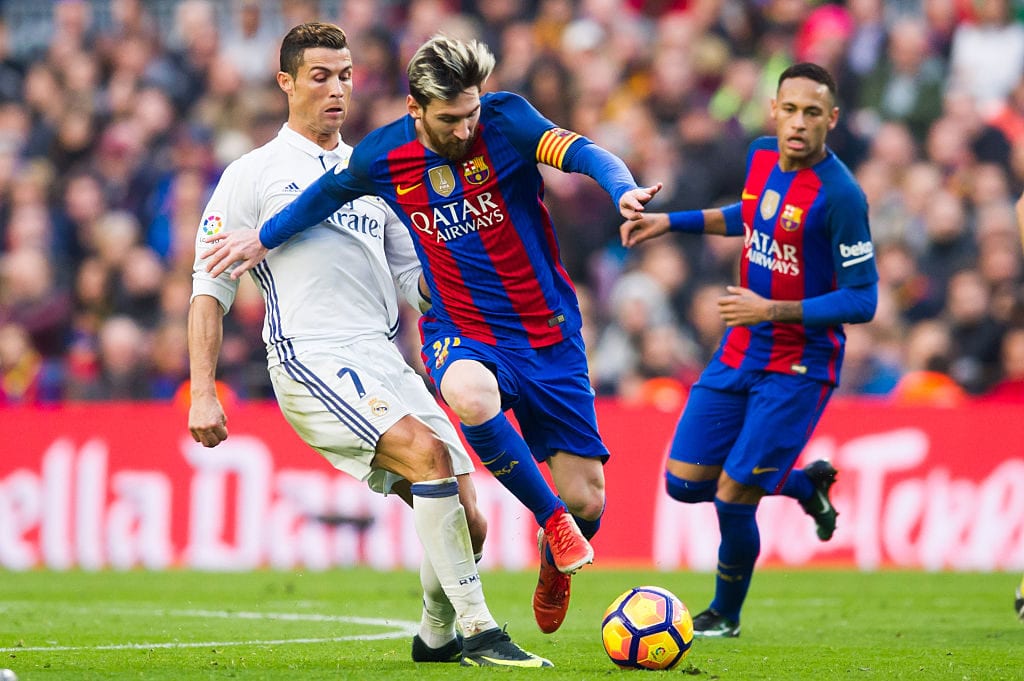