Dani Carvajal reckons Eden Hazard would be a great signing for Real Madrid and welcomed the “decisive” Luka Jovic to the club.

The Belgian winger announced a move to Madrid is imminent, with club president Florentino Perez working hard on arranging a deal.

Although Chelsea are no pushovers and are reportedly holding out for a fee near €150m, despite Hazard being out of contract next year.

But Carvajal hopes Real will sort a deal as Hazard may be exactly what they need right now.

“Hazard would add a lot to our attack,” he told El Larguero.

“He is a player who wants the ball and does not hide.”

The Serbian striker scored 27 goals in 48 appearances in all competitions last season for Eintracht. This had allegedly captured the interest of Barcelona and Bayern Munich before Real scooped in.

“Jovic is a great [number] nine,” said Carvajal. “I hope he is decisive.”

The full-back struggled with calf and muscle injuries, which denied him a chance to help Real in what was a terrible campaign.

“It was the worst season since I’ve been in the first team,” said Carvajal.

“The best thing is that the season has ended. [Zinedine] Zidane’s arrival gave us oxygen, but we haven’t had a good reaction either.” 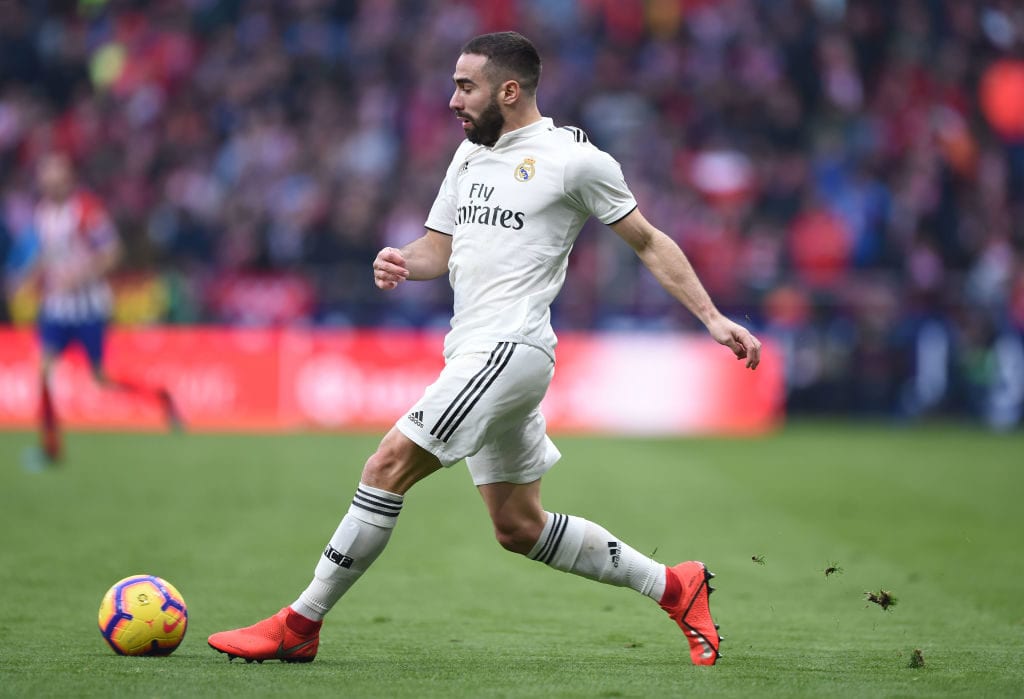