Angel Di Maria revealed it only took one bust-up with Louis van Gaal to effectively end his Manchester United career.

The Argentine winger arrived at Old Trafford in the summer of 2014 from Real Madrid for £59.7m, which at the time was a British record transfer fee.

However, Di Maria performed below expectations at United due to his rather inconsistent displays before being sold to Paris Saint-Germain a year later.

The 31-year-old left United with a tally of just four goals in 33 appearances across all competitions and was booed by the supporters during PSG’s recent Champions League clash with the Red Devils at Old Trafford.

But Di Maria had the last laugh in the end by setting up both of Presnel Kimpembe and Kylian Mbappe’s goals to seal a 2-0 first leg win for PSG in their last-16 tie.

And now the Argentina international has lifted the lid on his problems with former coach Van Gaal at United, which he believes was the main cause of his difficulties at the club.

“I was at Manchester and everything was fine with Van Gaal during the first two months,” Di Maria told ESPN Redes.

“The fight with Van Gaal occurred because he was always showing me bad and negative things and all that held me back.

“One day I fought with him. I told him I didn’t want to see those things anymore, that I was doing things well and asked him why he wasn’t showing me good things.

“He didn’t like how I spoke to him and from there the whole problem started.”

Under new manager Thomas Tuchel, Di Maria has been in particularly impressive form for PSG this season despite the likes of Neymar, Mbappe and Edinson Cavani in their star-studded team. 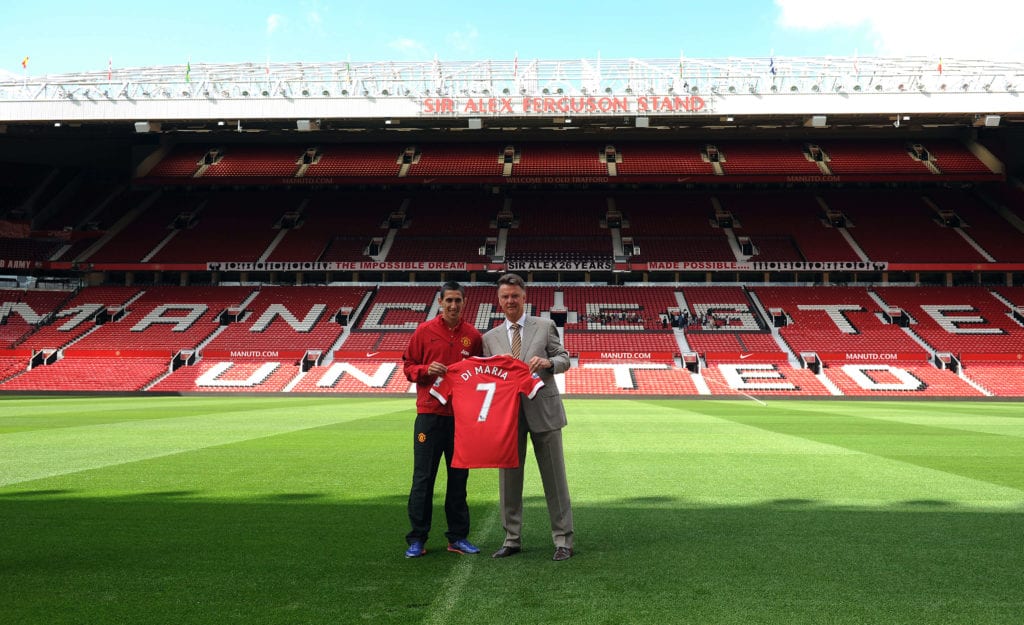