Argentina icon Diego Maradona explained that he had to step down from his role as Dorados head coach to focus on his own health.

While seen as one of the greatest footballers of all-time, Maradona’s career has taken many twists and turns since he hung up his boots. After leaving his role as Argentina coach in 2010, he has since had spells in Dubai, Belarus and now Mexico.

Maradona had been in charge of Dorados since September 2018 and won 20 of his 38 matches. The club are currently sixth in the Ascenso MX, which is the Mexican second division.

Dorados had also reached both of the Apertura and Clausura finals under Maradona, but lost to Atletico San Luis on both occasions. Therefore, they were denied a promotion chance to the Liga MX.

Now, Dorados will be on the hunt for a new manager following Maradona’s exit on Thursday. The 58-year-old is preparing himself for shoulder and knee surgery.

“I wanted to make it clear that my departure from Dorados has to do with my health,” Maradona wrote on Instagram.

“Unfortunately I have to step aside and leave the club, where they made me feel at home. I thank all those who are part [of the club], from President Antonio Nunez, to the fans, who always accompanied us.

“To my technical team, and to all my players, who reached two consecutive finals for promotion. But today I have to think about myself, and my health.

“The doctors ask me to stop, because the years go by and every time it hurts more. I have to do two operations that I have been postponing for a long time.

“None are risky, but it takes time and rest to be able to do them, and I believe that this is the moment. I thank all those who always think of me. I trust that we have left the club on a high, and tell Dorados and the people that we are united forever.” 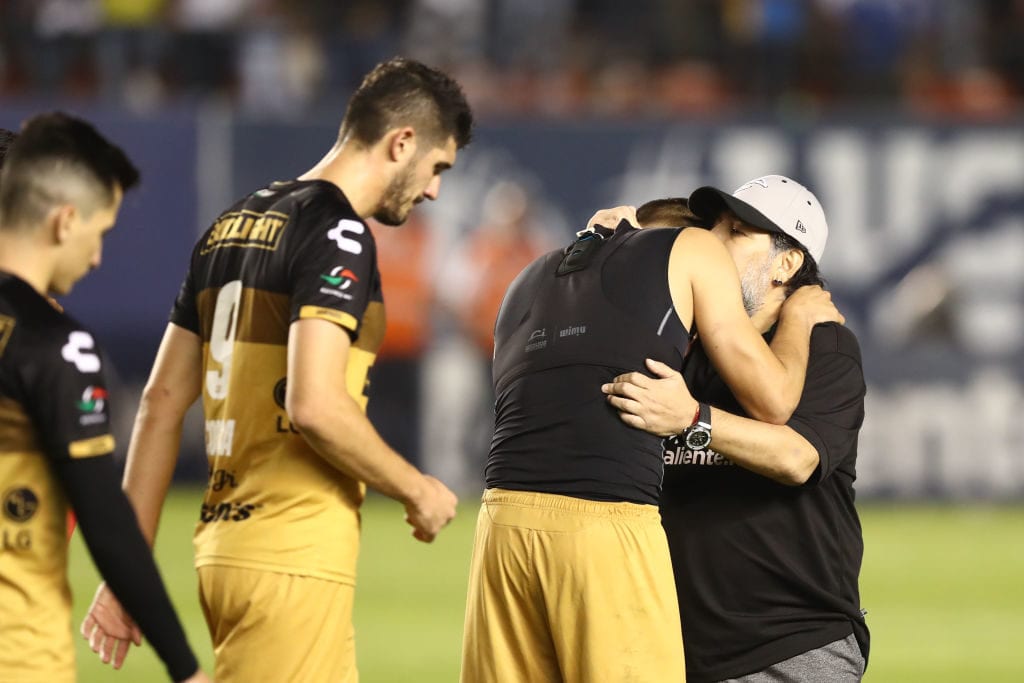