There are players who love to experiment with their hair and there are ones whose hair defines them. These are some of the most recognizable ones. 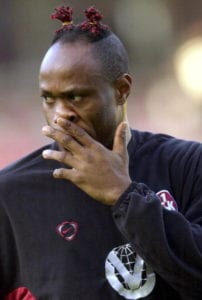 Taribo West
I just had to start with this one. It’s the most unique, it’s the most ridiculous and it’s the most outrageous of them all. I don’t know what Taribo West’s purpose was, but I do know one thing for sure – he must love attention. 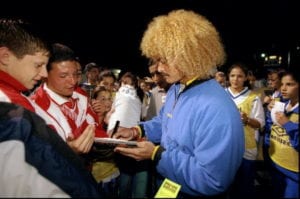 Carlos Valderrama
The afro of all afros, Valderrama’s blond curls left no one indifferent. I think I wouldn’t be exaggerating if I said that his hairstyle made him more famous than his skills. “Goldylocks” was, is and will likely always be the first footballer who comes to mind when putting crazy and hairstyle in the same sentence. 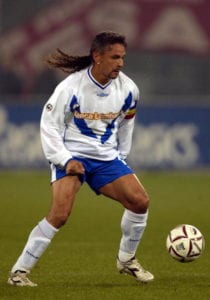 Roberto Baggio
The most iconic ponytail in history belongs to this gentleman. It made him recognizable and he made it popular. It is one of those rare occasions when the type of haircut actually matches the person and accompanies his uniqueness. 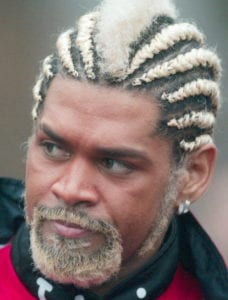 Abel Xavier
Blonde hair on dark skin always stands out. Abel Xavier made sure it did by coloring his entire facial hair as well, creating one of the most extravagant looks a football player has ever brought upon us. 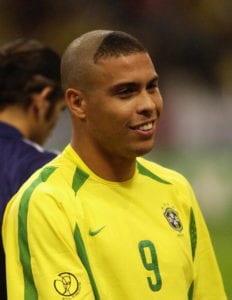 Luis Nazario de Lima Ronaldo
Ronaldo didn’t have many hairstyles during his career, but the one he showcased during the World Cup in 2002 certainly stands out. As terrible as it was, kids around the world still copied it, which demonstrates how popular and loved the Brazilian was. 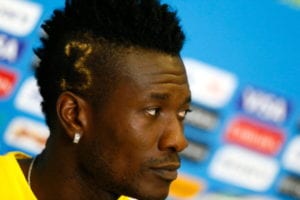 Asamoah Gyan
During the 2017 African Cup of Nations, Asamoah Gyan sported a haircut with his favorite number 3 – a number he has worn throughout his career despite being a striker. At the time, it got him into trouble because he played in Saudi Arabia, where such haircuts are banned. 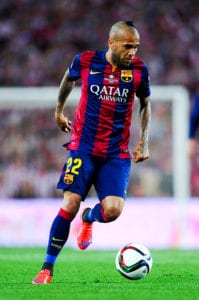 Dani Alves
The eccentric Brazilian right back has been known to go over the top with his hairstyles, but none of them gives you the creeps. Except for this one. I mean, what is that? It looks like a caterpillar is crawling on his head. This is the one that should be banned, not Asamoah’s. 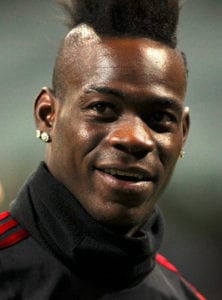 Mario Balotelli
Balotelli’s haircut choices don’t lag behind his controversial character. He has donned all sorts of hairstyles, some of them multicolored, some of them designed… What can I say? The guy simply enjoys being in the center of attention. 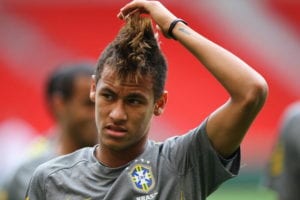 Neymar
I would dare to say that Neymar is the king of awful hair. Since his time at Santos, he has tried numerous haircuts and most of them (if not all) were more scary than stylish. 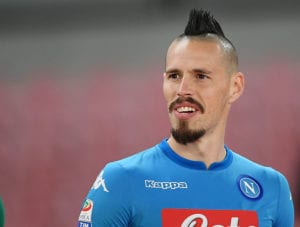 Marek Hamsik
Unlike Neymar, Hamsik has had one haircut throughout his career – the one you see on the picture. It’s a mohawk that cuts through your soul. 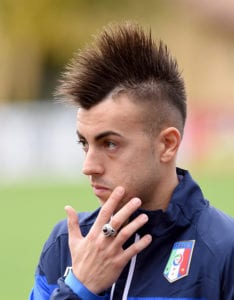 Stephan El Shaarawy
El Shaarawy is the only one who can beat Hamsik’s mohawk. It has reduced in size over the years, but the one he had in Milan was something to behold. It looks as if he could cut someone’s face with it, or at least slice a few pieces of bread.