Frenkie De Jong has chosen to remain calm over at his new club Barcelona after a somewhat “flat” start to his La Liga career.

Barcelona arguably pulled off one of the biggest coups of the year in signing De Jong for €75m following a standout campaign from the Dutch youngster at Ajax last season.

The 22-year-old was instrumental in the club’s stunning run to the Champions League semi-finals, and in their domestic double. Therefore, he had a host of offers to flirt with before eventually settling on Barcelona.

But life at Camp Nou hasn’t gotten off to the best of starts for De Jong, with Barcelona winning just one of their opening three La Liga matches.

While De Jong, who’s started in all of the Blaugrana’s league fixtures, has struggled to make his mark in the midfield.

Still, though, it’s early days for the young playmaker who’s aware there’s still a lot more to come from him this season.

“Things went well in pre-season, but I have to say I haven’t played my best game in the competitive fixtures. The football is very different from what I am used to,” said De Jong on De Telegraaf.

“I had the fewest touches against Real Betis, when usually it’s the other way around. People panic, but I don’t. I’ve been a bit flat so far.

“I know I can contribute a lot more with the ball during the game. I can be a lot more dominant, so I don’t worry too much about it.”

De Jong is currently in Hamburg preparing for the Netherlands’ Euro 2020 qualifier against Germany tonight.

Victory is likely a must considering Ronald Koeman’s men are six points outside of the top-two qualification spots in Group C. While they do have a hand in, however, they’ll still have a huge mountain to climb if they lose in Germany. 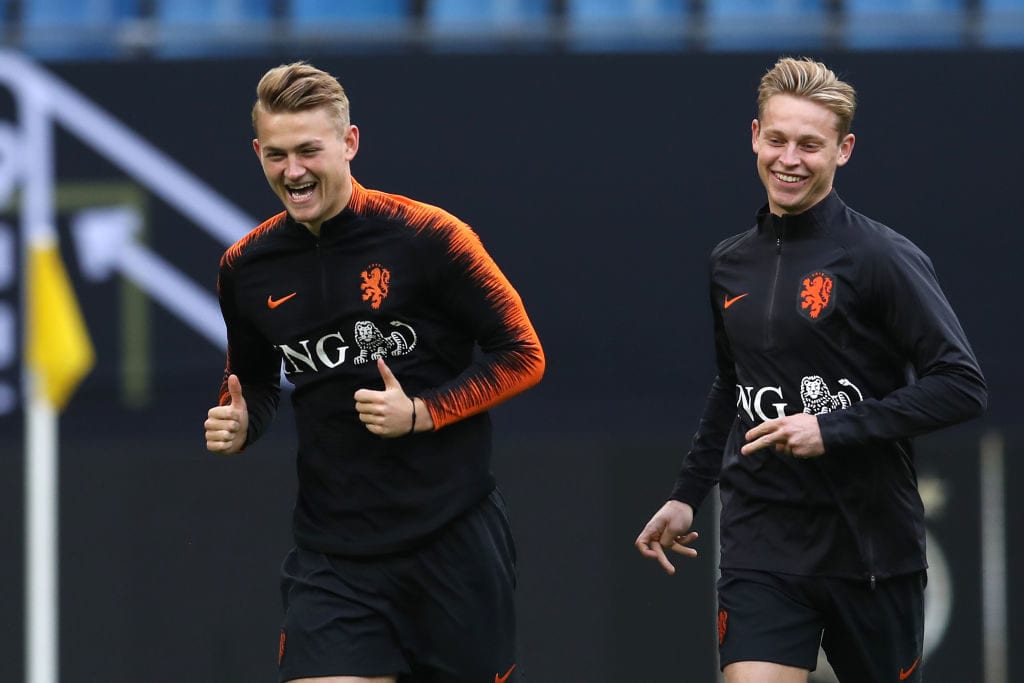