Antoine Griezmann has given out his reasons for choosing not to celebrate his goal against Real Sociedad.

Barcelona fell short of a goal against Real Sociedad to secure three points earlier in La Liga. The Catalans have now paved the way for rivals Real Madrid to earn themselves the top spot in the league table.

Antoine Griezmann brilliantly chipped the boal over his opponent’s goalkeeper in the first half to get his side on the front foot. The Frenchman, however, was not seen celebrating his goal.

Antoine Griezmann, who started getting recognition while playing for La Real, explained that he chose to stay silent out of his love for Real Sociedad.

“I’m never going to celebrate [against Real Sociedad],” he said as per Marca.

I scored goals at the old Anoeta. I have lots of respect for those that gave me everything.”

The 28-year old also highlighted the important moments of the match. Griezmann believed that both the teams had chances to turn the results in their favor.

“Both teams had their moments and had chances,” Griezmann insisted.

“We drew and we were good, had chances. We tried to score a third, but it wasn’t to be. Both teams created chances to score a third and win. The Real Sociedad coach made two changes and they helped them a lot. They had lots of attacking players.

“We now have to start thinking about El Clasico.” 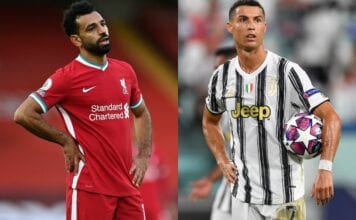