After suffering a 3-2 defeat to newcomers Norwich City last weekend, Guardiola’s side now trail Liverpool by five points from their opening five games.

Despite the rather hefty deficit, though, many still expect City to launch a season-long battle with Liverpool for title honours. It comes in light of what went down last term, when the two clubs engaged in a gruelling fight that went right down to the wire.

But Guardiola knows that beating the Reds is no simple task, with the former Barcelona coach even rating them as his strongest foes.

“You have to understand what we have done in the past does not ensure you can do it tomorrow or the day after,” Guardiola told reporters in a press conference ahead of Saturday’s encounter with Watford.

“The opponents we have, I’ve said many times, are the strongest opponents I have faced in my career as a manager – Liverpool.

“They have absolutely everything in terms of a positional game, counter-attack, set pieces, transitions, offensive, defensive and mentality. Anfield the stadium – many things.

“But that is the challenge. The same with the central defenders. We go, ‘Okay, let’s find a solution to keep the team stable and good’.”

Not helping Guardiola’s case to catch Liverpool is the defensive woes he’s got on his plate. Currently, Aymeric Laporte and John Stones are out injured.

Therefore, Fernandinho will likely continue to fill in alongside Nicolas Otamendi after impressing against Shakhtar Donetsk in the Champions League.

Benjamin Mendy, meanwhile, could feature after making a return to action on Wednesday. Joining him could be summer signing Joao Cancelo, who has played just nine minutes of football since arriving from Juventus. 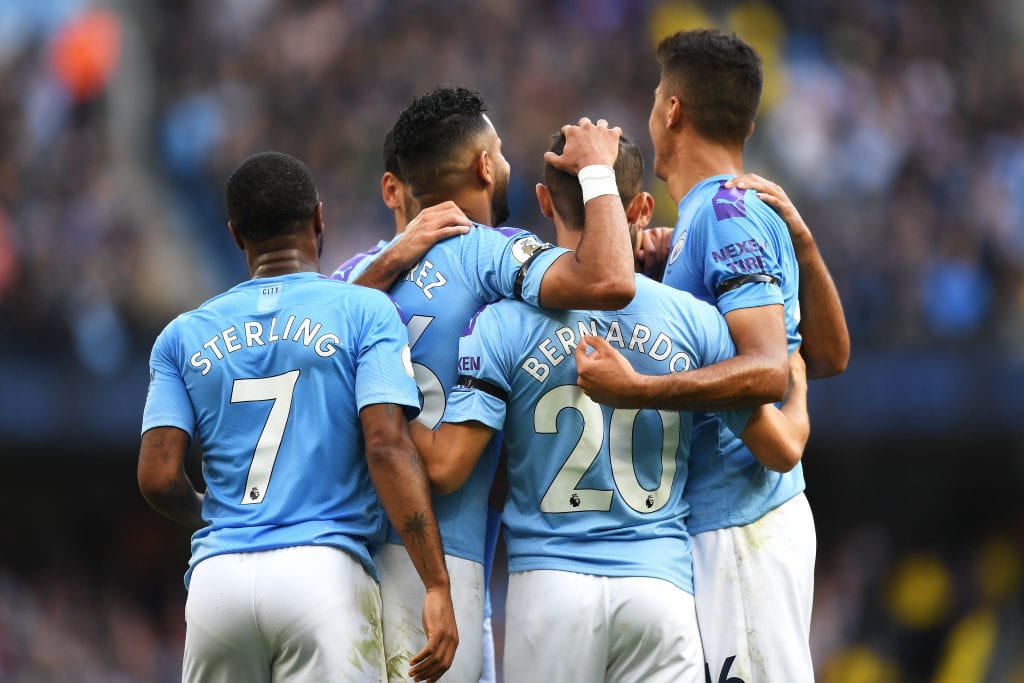