Egypt boss Javier Aguirre reckons Mohamed Salah will be guaranteed of the Ballon d’Or this year should he lead them to Africa Cup of Nations glory (AFCON).

Just a month after firing Liverpool to Champions League success, Salah is attempting to do the same with Egypt this summer in the AFCON.

The 27-year-old scored in both of Egypt’s last two matches to ensure them of top spot in Group A with maximum points. Now, he will be looking to keep banging in the goals ahead of Saturday night’s last-16 clash against South Africa.

But the Pharoah have been left sweating over the availability of their star player, who missed training on Thursday due to flu. However, he is still expected to line-up in Cairo.

Speaking on Friday, Aguirre took the opportunity to motivate Salah by reminding him of what could be around the corner should he lead Egypt to an eighth AFCON crown.

“I see him so far struggling and struggling hard to win the Ballon d’Or. Why not? He is a Champions League winner with Liverpool,” he told Cadena Sur.

“If he can lead Egypt to the African Cup of Nations, no one can keep the Ballon d’Or away from him.”

Forwards Ahmed Hassan and Ahmed Kouka will likely be sidelined for Egypt in their match against South Africa. While goalkeeper Mahmoud Abdel Rahim is also out of action.

It marks an unwelcome blow for the hosts, who are under pressure to deliver in front of their home crowd.

Therefore, Egypt will need Salah back at his best to lead the attack for them. While his condition remains unknown, a team spokesman revealed plans for the Liverpool star to resume training on Friday and take part in Saturday’s match.

“The team is fresh‚ we will have a good rest until the match,” said Aguirre.

“We are prepared physically and the team will respond.” 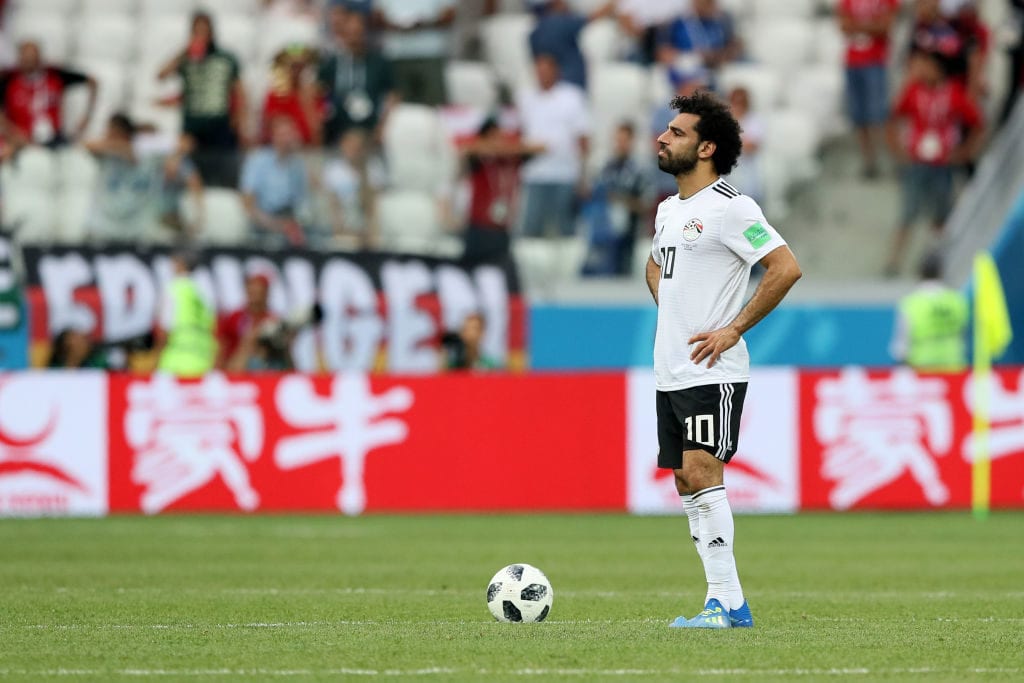