Robert Lewandowski confirmed that contract talks with Bayern are around “95 per cent” complete after bagging a hat-trick against Schalke 04.

Lewandowski was at his lethal best for Bayern on Saturday by delivering another complete performance in Gelsenkirchen. He scored a penalty, free-kick and rounded things off with a brilliant finish to bag a hat-trick.

And, to the delight of the Bavarian supporters, the Polish scoring machine confirmed he is close to signing a reported two-year contract extension.

When asked if talks are 99 per cent done, Lewandowski told Sky: “Not yet, maybe 95 per cent.”

At 31, Lewandowski shows no signs of slowing down and has already scored five goals in his first two Bundesliga games.

“I can always play better and I have the potential improve each season,” added the Pole.

“I can do something special on my own every season, but I try to help the team. No matter who I play against, I always try to score goals.”

Lewandowski scored an impressive 40 goals in just 47 appearances across all competitions for Bayern last season.

Speaking in his post-match conference, Kovac heaped praise on his star man’s impact in Germany and labelled him the Bundesliga’s best striker.

“[His performance was] sensationally good, that’s what he’s there for. That’s what he can do,” Kovac told reporters.

“He has already proved in the last five, six, seven years – I don’t know how long he has been in Germany – that he’s the best striker in the Bundesliga.

“Not only in the last game, but also today. His efficiency and accuracy are unique. We are glad that we have him and I hope that he will continue like this in the next weeks and months.”

Bayern will now prepare to host Mainz next Saturday at the Allianz Arena. 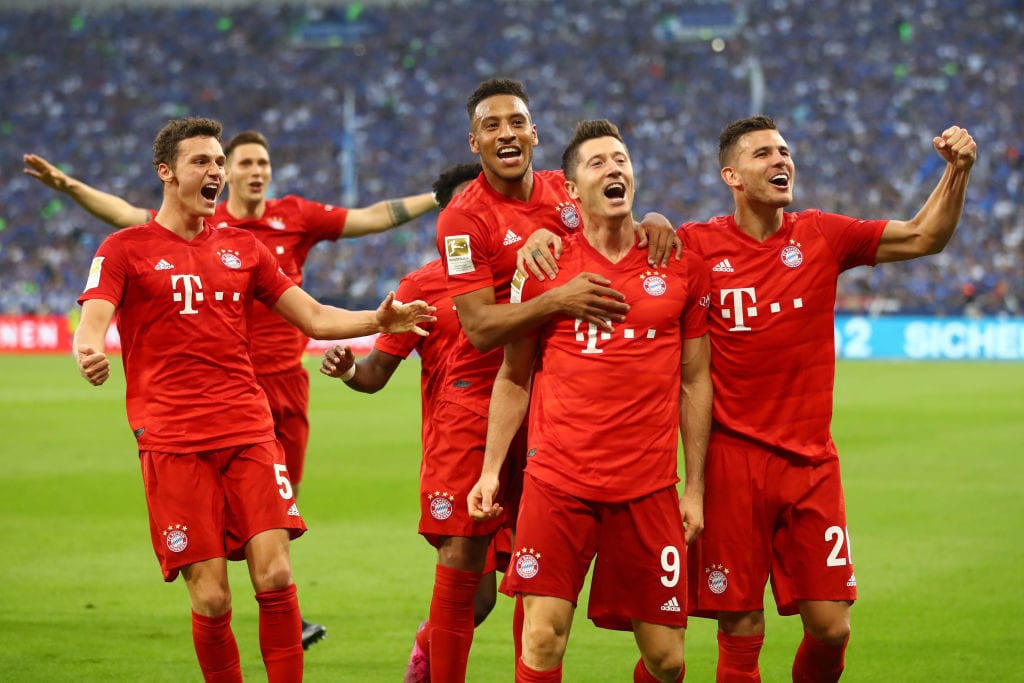