Lionel Messi’s brilliant free-kick against Liverpool has won him UEFA’s Champions League Goal of the Season award for last season.

It’s the fourth time in Messi’s incredible career that he’s won UEFA’s prestigious goal prize having previously done so 2007, 2015 and 2016.

The Barcelona captain faced some stiff competition for the award this time around, though, from rival Cristiano Ronaldo and his Blaugrana team-mate Ivan Rakitic.

UEFA nominated Ronaldo for his stunning volley against Manchester United in the group stages. The Portuguese superstar latched onto Leonardo Bonucci’s ball to fire it past David De Gea to put Juventus ahead.

Rakitic, on the other hand, was in contention for his 21-yard volley against Tottenham in December. The 31-year-old’s effort previously saw the European governing body name it the group stages’ best goal that month.

But UEFA, ultimately, decided that Messi’s free-kick in the semi-finals gave him the edge over Ronaldo and Rakitic.

🔵🔴 A stunning free-kick from the @FCBarcelona captain! #UCL | #GoalOfTheSeason pic.twitter.com/nUHfJVPuBl

The five-time Ballon d’Or winner took centre-stage in the first-leg at Camp Nou against Liverpool in May to fire Barcelona to a 3-0 victory.

Following Luis Suarez’s early opener, Messi scored two second-half goals inside the space of seven minutes. Although it was his second goal that saw the plaudits come his way.

In fact, it was simply majestic as the Argentine hit a curling free-kick from around 25 yards out into the top-right corner of the Liverpool net. Incidentally, that was also Messi’s 600th goal for Barcelona.

But Liverpool later pulled off one of the greatest comebacks of all-time to storm to a 4-0 second-leg win at Anfield. Therefore, Messi missed out on a spot in the final and the chance of a fifth Champions League title.

Now, the 32-year-old will be back in the competition this season looking to make amends for what happened. 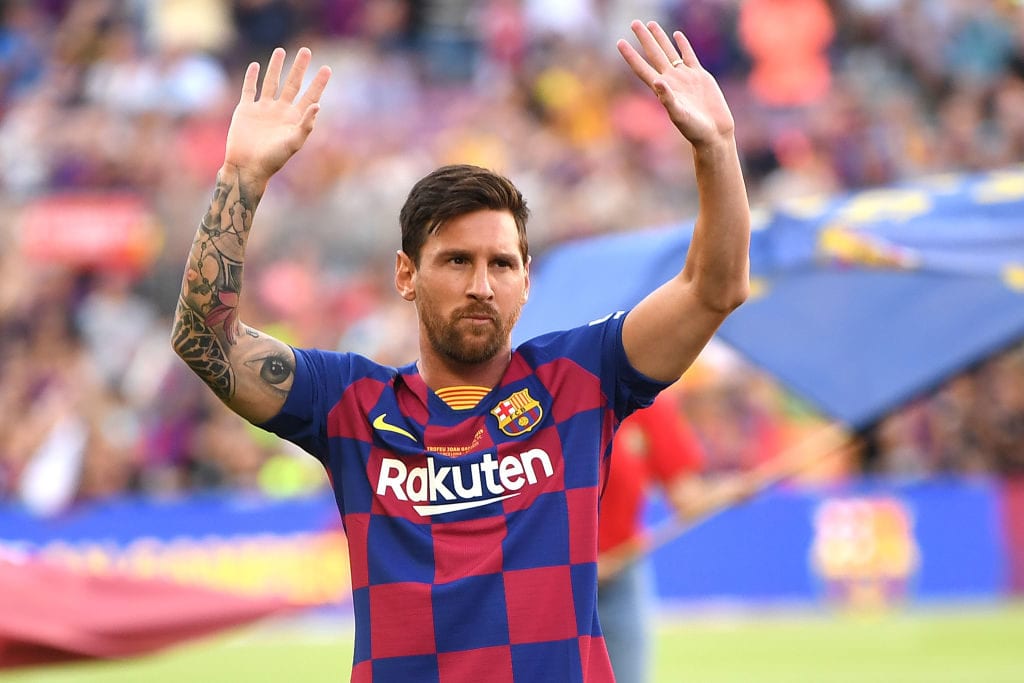