Despite being the hat-trick hero for Spurs’ semi-final win over Ajax, Lucas didn’t make the line-up on Saturday. Head coach Mauricio Pochettino instead selected the returning Harry Kane in his place.

However, Pochettino brought Lucas on in the 66th-minute for Harry Winks with Spurs a goal down courtesy of Mohamed Salah’s penalty. Kane, on the other hand, struggled to make an impact in his first competitive match in nearly two months.

Despite the Brazilian winger’s introduction, though, Spurs did not get the ball past an in-form Liverpool keeper Alisson Becker.

Divock Origi’s late strike then settled a 2-0 victory for Liverpool in Madrid. Although Lucas doesn’t necessarily agree that the better team won on the night.

“I don’t think there is any question of being better or not,” said Lucas, according to Yahoo.

“They have been able to take the opportunities they have had. It’s a final. We had opportunities, we didn’t score.

“It was very difficult. I am very sad, but I am very proud of my team, of the season we did.

“We have to keep our heads up and look ahead.”

Fernando Llorente, who came on for the final eight minutes on Saturday, joined Lucas in lamenting a wasted chance.

“It’s a tough day, I think we just let a unique opportunity go but we weren’t able to change the match after their first goal,” said the Spanish striker.

“It was hard to take it. It’s sad because I believed in this team but we couldn’t give all our best to fight for the match.”

Like Pochettino, though, the former Juventus man is confident Spurs can reach another Champions League final.

“I don’t have any doubt,” said Llorente.

“Tottenham is a club that has grown a lot in recent years.

“It’s an impressive club and I am pretty sure Tottenham will play another final like this sooner than later.” 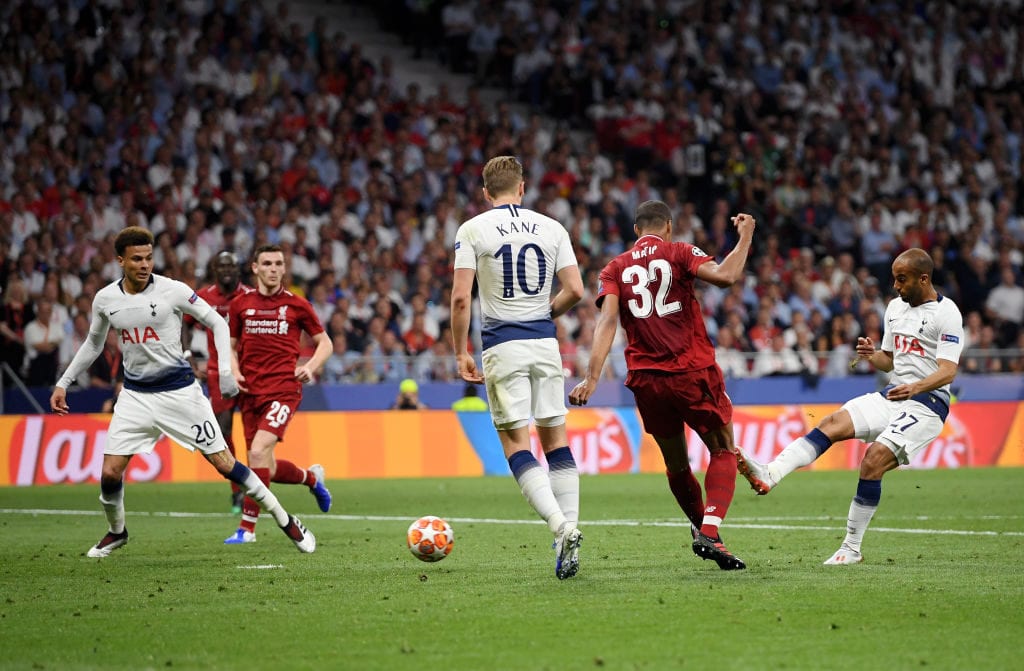