Reports emerged just hours before the win over Gladbach stating that Dortmund and Favre had suspended Sancho for returning late to training after representing England during the international break.

The 19-year-old winger, therefore, was absent at Signal Iduna Park for Dortmund’s clash with the Bundesliga leaders.

Not that they needed him in the end anyway, with captain Marco Reus’ second-half goal against his old club enough for Favre’s men to take a 1-0 victory.

The result sees BVB move up to fourth place in the Bundesliga and, crucially, just a point behind leaders Gladbach.

However, Sancho’s suspension unsurprisingly overshadowed what could be a turning point in the club’s season.

“I am not going to comment on that. It was a disciplinary measure,” said Favre, according to SportsMax.

“Tomorrow is a new day. That’s all. It stays internal.”

The former Manchester City winger has become a key member of the BVB squad following his arrival in 2017.

In fact, Sancho’s already managed 18 goals and 30 assists in 66 appearances for Dortmund across all competitions. This form in Germany has already won him a spot in the England set-up, and allegedly got Manchester United interested.

“We have a responsibility for the club and, in this case, also for the hygiene of the squad,” said sporting director Michael Zorc.

“And therefore the decision was without an alternative. [Sancho] trained alone today and we’d like to think he’ll be back against Inter [in the Champions League].

“He is only suspended today [Saturday]. Jadon is a good lad, but he’s very young and shot to the top. He might test his limits and that’s why we decided to not call him up today.”

Seeing as Sancho was only suspended for Saturday then, he may return for Dortmund’s trip to Inter Milan in the Champions League on Wednesday. 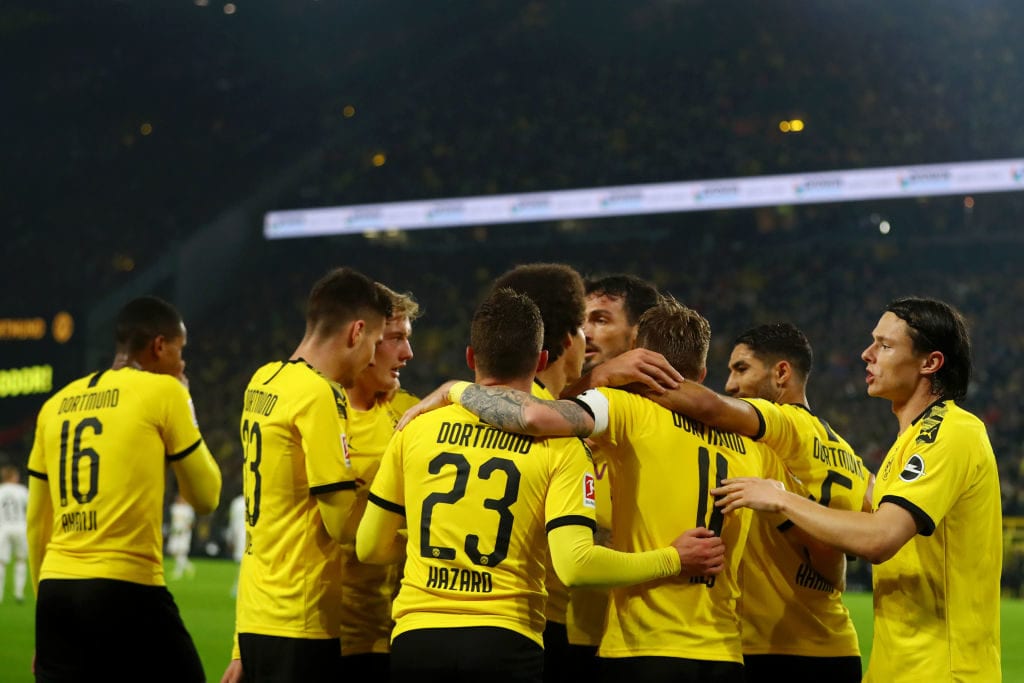