Manchester City have won the season’s first piece of silverware after beating rivals Liverpool 5-4 on penalties at Wembley.

Despite losing Leroy Sane early on to a suspected knee injury, City were undeniably the stronger the team during the first half. They took the lead in the 12th-minute through Raheem Sterling following a brilliant combination between Oleksandr Zinchenko and David Silva.

Citizens boss Pep Guardiola then made a bit of history by becoming the first Premier League manager to receive a yellow card. It came following the Catalan’s furious reaction to Liverpool defender Joe Gomez’s challenge on David Silva.

Pep Guardiola is the first Premier League manager to be shown a yellow card.

However, City remained in control and began the second-half in similarly dominant fashion. And Sterling nearly scored a second goal against his old club only to hit the post from an offside position. He later hesitated in a one-on-one with Liverpool keeper Alisson Becker.

Jurgen Klopp’s side, on the other hand, soon began to find their stride after the break and tested the City defence.

At one point it seemed Virgil van Dijk had equalised for Liverpool with a superb half-volley. However, the Dutchman’s effort instead hit the underside of the bar before the ball bounced off the goalline.

Mohamed Salah later struck the right-hand post from the edge of the box as Liverpool continued their desperate chase for a leveller.

But the European champions’ persistence was soon awarded as Van Dijk’s cross enabled Joel Matip to head in a 77th-minute equaliser.

Undoubtedly inspired by the German’s goal, Liverpool began threating to score a winner at Wembley. But City keeper Claudio Bravo was able to deny late efforts from Salah, Naby Keita and Xherdan Shaqiri to settle the match at 1-1.

And the former Barcelona player was the hero for City in the penalty shoot-out by saving Georginio Wijnaldum’s attempt. It was the only miss of the five spot-kicks between the two clubs, with Gabriel Jesus scoring the decisive one. 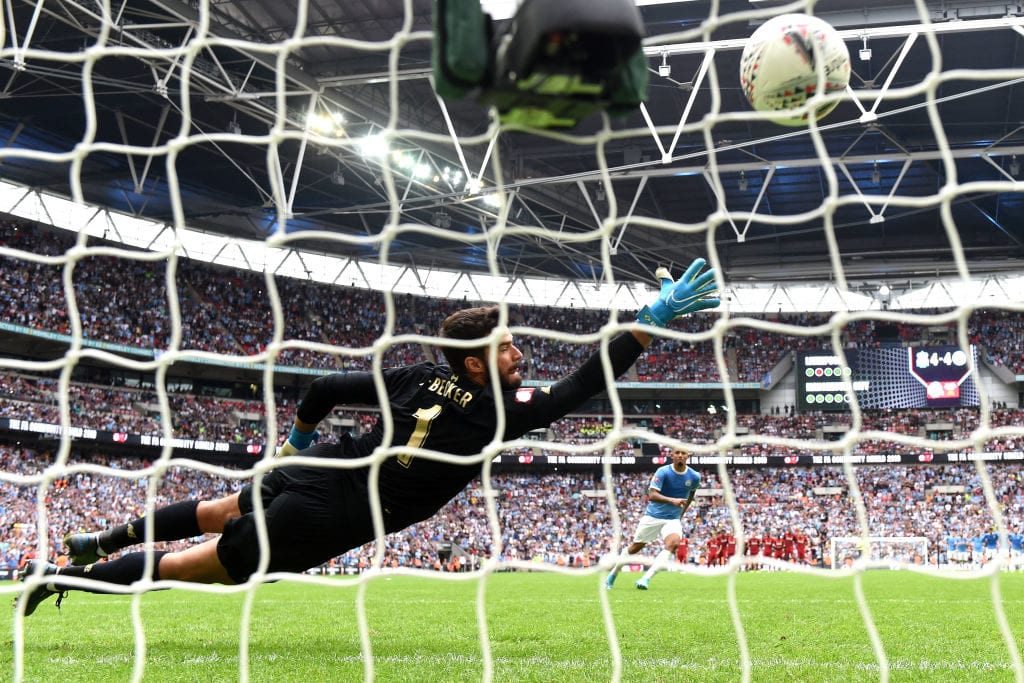