Manchester United seem to have lost its footballing prowess. The Red Devils look confused, predictable, and out of ideas whenever they take to the pitch.

Another week, another disappointing performance by Manchester United.

The Red Devils are not enjoying their start to this season. Every week United fans think that they have hit rock bottom, only to find a new rock bottom the following week. During the Fergie days, United was a force to reckon with. They dismantled every team that came their way. Looking back, even considering that they are the same club is hard. This Manchester United team is a shadow of their previous self.

The United fans would have probably entered the 2019-20 season without expecting too much from their club. Little did they know that they were still going to get disappointed.

Old Trafford beamed with hope on the opening day when Manchester United ran riot against Chelsea to seal a 4-0 win. But that was it; that was the last to be seen of a hungry Manchester United side. Everything went downhill from there. 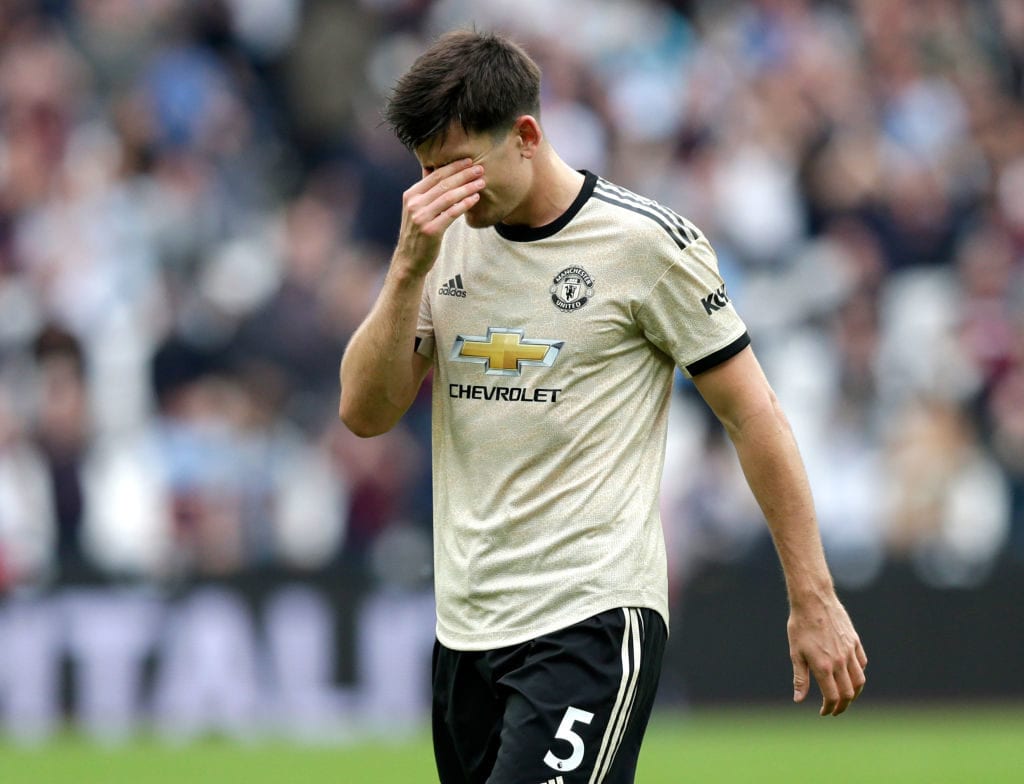 Manchester United are making and breaking some records – but only the undesirable ones. After their defeat to Newcastle, this is the first time in three decades that the Red Devils have gone more than ten games without tasting victory away from home. They are 15 points behind the league leaders after eight games and sit at 12th position in the table. For a club of Manchester United’s stature, this is quite disappointing.

It is painful to admit that a whole @ManUtd is 2 points above the relegation zone. How now ?

United have their lowest points tally after eight games since 1989. Ole Gunnar Solskjaer was expected to replicate some of Sir Alex Ferguson’s achievements. But emulating the 1889-90 season was certainly not one of them.

The Manchester United squad was already lacking enough quality players- an exceptional finisher, a defense-minded midfielder, reliable center-backs, and proper fullbacks. With the arrival of Aaron Wan-Bissaka and Harry Maguire, at least the defense seems to be sorted out.

The management’s inability to replace the departing players was one of the major problems that was left unaddressed. Failure to bring adept players with creativity and vision in the final third was another.

Ole Gunnar Solskjaer was believed to be the man capable of rebuilding the United team. On his appointment, the supporters rejoiced. The fans still trust him. But even the most optimistic ones are running out of reasons to do so. His management, which initially showed great promise, appears to have lost its spark.

Their longest away winless league run since 1989.

The fitness levels of his players is not helping his case either. Manchester United is missing the likes of Paul Pogba, Anthony Martial, Aaron Wan-Bissaka among a few others due to injury.

Whether it is a management issue, lack of fitness, or incompetent board of members, football is a team sport. Always the players are put under the sword for poor results. And rightfully so. We take a look at three Manchester United players on the different ends of a triangular spectrum-