Mauricio Pochettino was “so proud” of Tottenham despite their 2-0 Champions League final defeat to Liverpool and feels fans can be “optimistic about the future”.

Pochettino and Spurs lost their first European final on Saturday night to, arguably, a below-par Liverpool in Madrid.

The Reds, at times, seemed vulnerable with Spurs enjoying 65% of the possession and having the most attempts on goal. In fact, half of their 16 shots were on target compared to their opponents’ three.

Nonetheless, Spurs will be back in the Champions League next season courtesy of their fourth-place Premier League finish. And Pochettino had nothing but praise for his players.

“We can be proud of the effort, how we fought to arrive at this final,” Pochettino told BT Sport.

“We were very unlucky – we conceded a goal from a penalty but to the end we were alive, fighting, I think we played so well. It was a tough situation that changed completely our plans.

“It’s not easy to play a team that plays transitions very well, taking risks. I feel so proud.

“Our fans have seen their team in the Champions League final for the first time. It’s time to be optimistic about the future.”

The Argentine coach set Spurs the target of emulating Liverpool, who emerged as champions this time around following last season’s 3-1 defeat to Real Madrid.

“We have to learn from this experience,” said Pochettino.

“Liverpool did that last year and were in a different position today.

“I am so happy to manage this group of players but I congratulate Liverpool for a fantastic season.

“The standard [we have set] is so high. It wasn’t enough today. When you live this experience you want to do it again. We hope to repeat it in the future.

“Always, it is about trying and believing. Hopefully, it will happen again as soon as possible.” 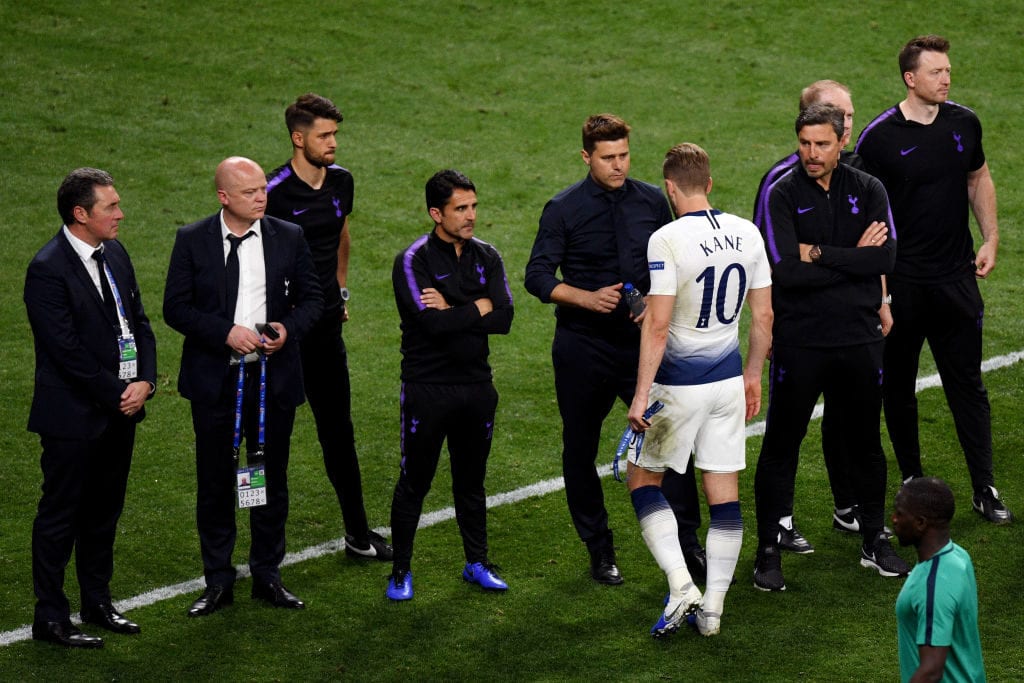