Frenkie de Jong’s start to his Barcelona career has impressed Rivaldo, who believes the Dutchman has already proven his worth.

Expectations are high for De Jong this season following his €75m transfer from Ajax in the summer. It comes following a standout campaign last term, which saw him become one of Europe’s brightest young prospects.

But the 22-year-old’s start to life at Camp Nou hasn’t, perhaps, gotten off to the start that many had anticipated.

With Barcelona winning just one of their opening three La Liga games, De Jong has struggled to help in the midfield. Although the playmaker recently disclosed that he remains calm, and confident things will change.

However, Rivaldo has no such worries over the Netherlands international’s impact in Catalonia. He, in fact, reckons that De Jong has already proved his value to the current Barcelona team.

“He is a good player with a bright future. I notice that he is adapting well to the new reality and it is clear that he is a good purchase for Barcelona. De Jong is going to make the fans happy.

“He is playing in the middle, a little ahead of Sergio Busquets, but on Netherlands national team duty [manager] Ronald Koeman is using him in a deeper role to let him organise the plays closer to a number six position.

“I think that [head coach] Ernesto Valverde will find his best position in the future at Barcelona, but the fact he can play in different positions around the midfield is very important for the club and himself because he could become very useful in different situations of the game, helping in many positions.”

De Jong, who scored in Holland’s 4-2 win over Germany during the international break, will likely start in Barcelona’s La Liga clash with Valencia on Saturday. 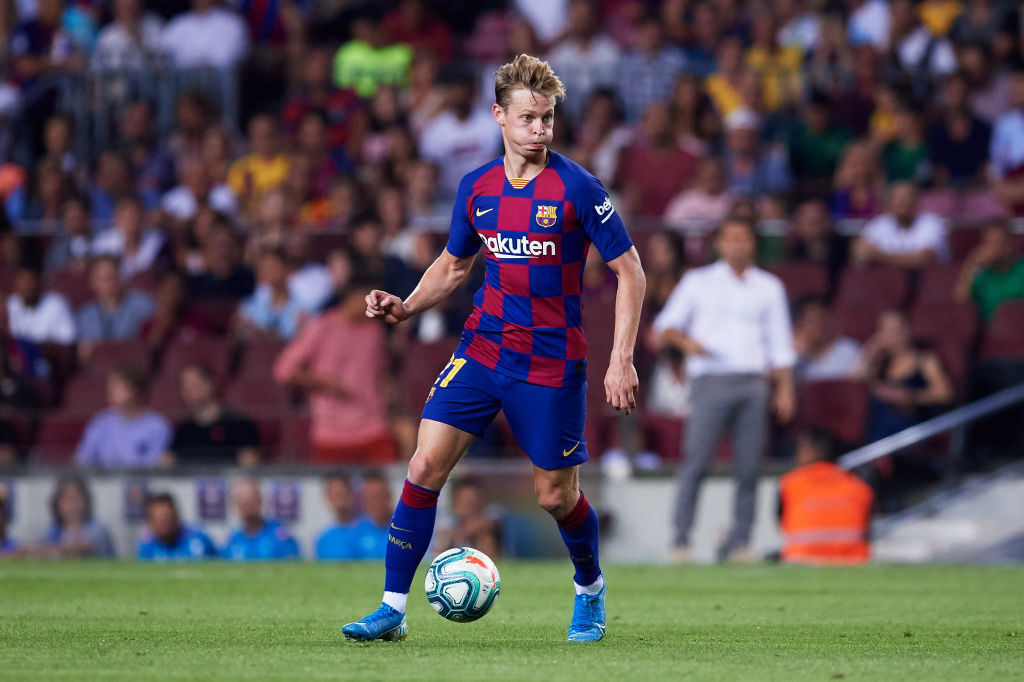