Sancho’s move from Borussia Dortmund to Manchester United is a near-certainty, as talks between the parties are well underway for quite some time.

Ole Gunnar Solskjaer has identified the 20-year-old as his top summer target and is determined to see the deal out by the end of the summer.

Despite the unquestionable talent and consistency he’s been delivering week in, week out during his three-year spell in the Bundesliga, Sancho’s move to United has two downsides, according to Fowler.

“You’d have thought in these times of financial crisis on so many levels that transfer fees would come ­crashing down this summer,” he told Daily Mirror.

“It really shouldn’t be realistic for any club to be paying record prices for any player, given the losses the biggest clubs in Europe have already suffered, with no fans in stadiums for the last three months of the season.

“Which makes me wonder if all this talk of Manchester United paying £100million for Jadon­ ­Sancho can possibly be true.

“Surely not? You’d have said, though, that it would be impossible for Italian clubs to be shelling out £60m-plus on a player.

“Yet the brutal truth about football is that a player is worth what a club will pay for him.

“And if that means it’s £75m in ­uncertain times for a 21-year-old from Lille who hasn’t even got to double figures in caps, then that’s what he’s worth.

“I don’t get it personally, but I’m no ­accountant. Who am I to say they can’t afford such a fee if they are going to lose £200m due to the pandemic?

“I reckon it’s a simple calculation. What will the player cost compared to what he can earn for you in terms of trophies and income?

“So many times United have got that ­calculation wrong in recent years, but at least Sancho fits their new philosophy.

“He’s still only 20 and is among the best in the whole of ­Europe. He’s done it at a high level, too. Consistently.

“If he reproduces the stats he has for Dortmund over five years elsewhere, then what’s it worth?

“I honestly don’t know. And I don’t know if there is any truth in the questions we always seem to hear about his character.

“Is he difficult just because he has been strong-willed in wanting to improve and progress? In having ambition?

“Well, I think I’d be finding out the ­answer to that question before blowing £100m.” 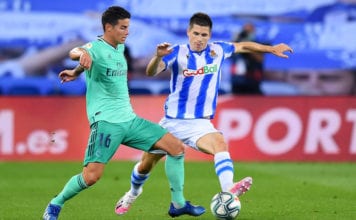