As part of the first annual Ronaldo.com Awards, we look at the Top 5 forwards in the Bundesliga this season.

The Ronaldo.com Awards continue with our picks for the Top 5 forwards in the Bundesliga this season.

It has been an exciting season in which Bayern Munich and Borussia Dortmund have fought for the title, RB Leipzig have consolidated, and Eintracht Frankfurt have wowed domestically and in Europe.

After focusing on goalkeepers, defenders and midfielders, we are going to talk about the best forwards.

Vote for your winner in the poll and let us know if you agree in the comments. If you don’t, name your alternatives! 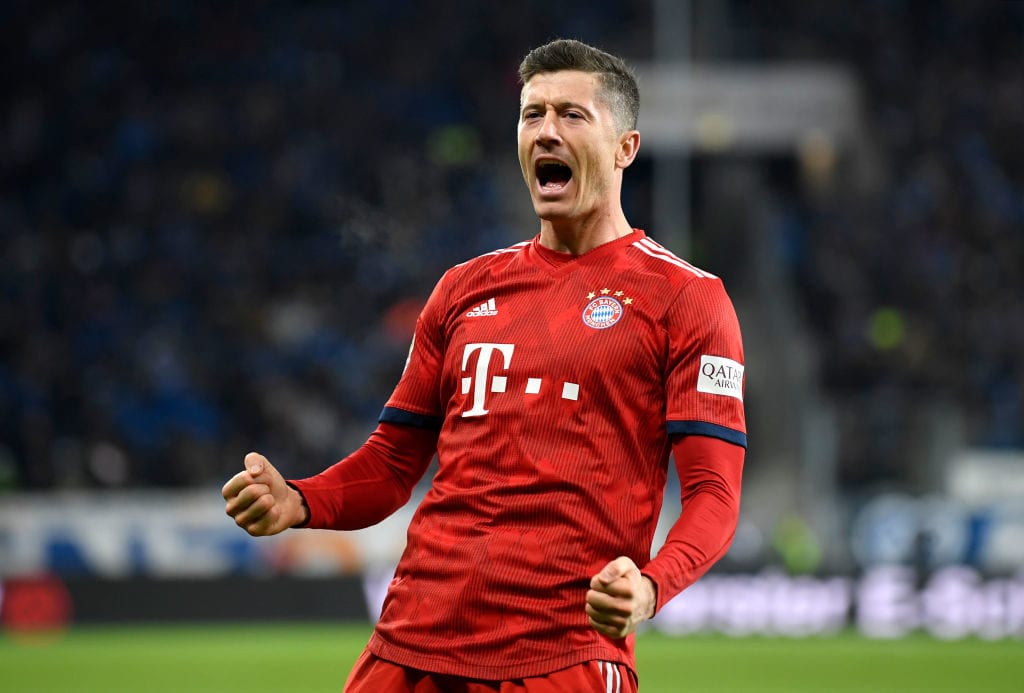 It’s fair to say that Bayern Munich have not been at their best under Niko Kovac this season.

Yet, despite their struggles, Robert Lewandowski has continued to score goals and prove his status as one of the most dangerous strikers in world football.

Not only will he finish the season as the Bundesliga’s top goalscorer once again, but he’s also been Bayern’s best player by some distance.

Some feared that Lewandowski was on the decline but his performances this year have shown that it is far from the truth.

It’s a big statement to make, but no player has been more exciting to watch in the Bundesliga this season than Jadon Sancho.

The 19-year-old has been sensational for Borussia Dortmund since one and taken the division by storm.

He’s registered more assists than anyone in the league, a massive achievement in itself, and also scored 11 goals as well. They’re incredible numbers for a player in his first, proper campaign.

Beyond the numbers, though, Sancho’s dribbling, skills, and superb performances have wowed everyone. The 19-year-old is an enormous talent.

Sometimes a player and club are just good for each other, and that’s very much the case for Paco Alcacer and Borussia Dortmund.

Only Lewandowski has scored more goals than Alcacer in the Bundesliga this season. That in itself is a considerable achievement for the Spaniard.

The fact that Alcacer has scored most of his goals coming off the bench makes his total all the more special. Alcacer has registered a goal every 61 minutes this season. In comparison, Lewandowksi’s total is every 126 minutes.

The striker has proven to be one of the bargain signings and reinvigorated his career in the Bundesliga.

Were it not for Jadon Sancho, Jovic would arguably be the most exciting young player in the Bundesliga.

The striker, signed for a measly £6 million from Benfica, has had a phenomenal season for Eintracht Frankfurt.

He’s got 17 league goals, the third most in the league, and also added several goals to his tally during Eintracht’s run to the Europa League final.

Jovic is calm, composed and a superb finisher. His performances this season have got all the big clubs scrambling to sign him this summer.

It’s sometimes easy to forget that Timo Werner is still on 23-years-old. The striker has been around forever, and that sometimes goes against him.

He may not have hit the heights that some thought he would, but Werner remains one of the best strikers in the Bundesliga.

This season he’s bagged 16 goals, the same as Marco Reus and only one fewer than Jovic, and played a crucial role in RB Leipzig getting into the top four again.

It’s true that Werner has not been at his best, and has some way to get there, but this has still been a good goalscoring campaign for a player who is yet to hit his peak.