Benfica president Luis Filipe Vieira has no doubts over Joao Felix’s superstar potential and is predicting great things from the youngster.

Felix’s profile as one of the most promising young players in Europe has seen several clubs queue up for his signature this summer.

With so many proposals on the table, Felix has unsurprisingly remained coy on his future plans.  He did promise a final decision though at the end of Portugal’s Nations League campaign, which they won last weekend.

Despite the talented forward not making any announcement, Vieira has already raised the white flag in his battle to keep him at Benfica next season considering the lucrative offers coming his way.

Nonetheless, the Eagles president remains bullish over Felix’s stunning potential and reckons a Ballon d’Or could well be around the corner even if he doesn’t end up as Portugal’s new Ronaldo.

“Joao Felix can [win the Ballon d’Or] as he is a young man with his head screwed on [the right way],” he told Radio Renascenca.

“He is 19 years old and the spotlight is on him, but he remains the same.

“He has a long future ahead and will be a top player, I have no doubt.

“I do not know if he will be [Cristiano Ronaldo’s] substitute, but he will be very important for Portuguese football.

“He has the potential to be in the elite, like Bernardo Silva, who is already amongst the best.”

Felix bagged 15 goals and nine assists to inspire Benfica to a 37th Primeira Liga title last season. Although it was in the Europa League where he truly made his mark after scoring a hat-trick against Eintracht Frankfurt.

Despite the growing uncertainty over his future, though, Benfica have clarified that only €120m offers for Felix will be acceptable. 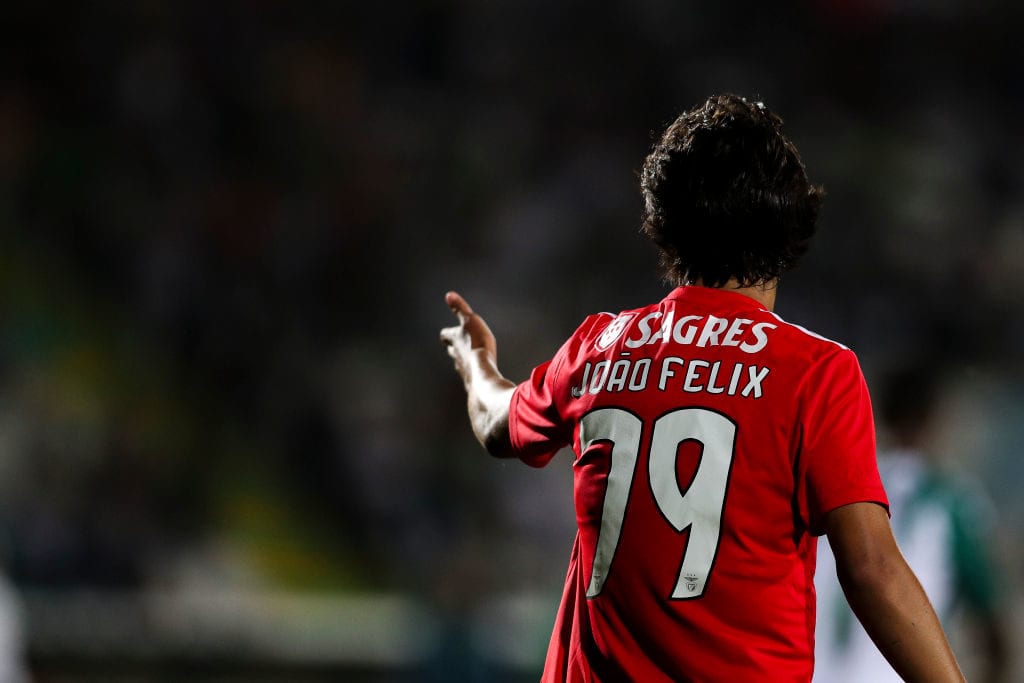