Ajax could yet see star players like Van de Beek and a number of other key players leave this summer.

The Dutch giants are well known for recruiting young talents and selling them on the high after seeing their stock-rise.

Frenkie de Jong and Matthijs De Ligt were among some of the high-profile departures for Ajax last summer.

Ziyech has already joined Chelsea but the likes of Van de Beek, Andre Onana and Tagliafico could still follow suit this summer.

The Dutchman has already been linked to Manchester United and Real Madrid while Onana is already attracting interest from Chelsea.

Ten Hag now admits Ajax could be tempted to sell those players for the right price.

“The transfer market will start in August – the top leagues are now being played out, so the money flows are maintained,” Ten Hag told Het Parool.

“The market value of players will be slightly depressed, but not much. Based on their performance and ambition, a number of our players also want to make the move abroad.

“Agreements have been made with Andre Onana, Donny and Nicolas Tagliafico, but it remains to be seen whether the market is indeed breaking loose.

“For Onana and Van de Beek, another year of Ajax could certainly be an option, for Tagliafico it is slightly different because of his age.” 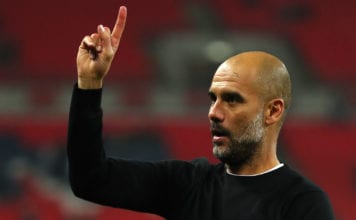