Liverpool overcame a strong challenge from Europa League winners Chelsea to lift their second trophy in the space of two months.

Olivier Giroud’s clinical finish deservedly gave Chelsea a first-half lead and put the European champions in a tight spot. They notably struggled in the opening 45 minutes Istanbul before Sadio Mane struck a second-half brace to put them in front.

However, Adrian’s foul on Tammy Abraham enabled Jorginho to score a late penalty to finish the game at 2-2. Although the Spanish goalkeeper made amends by saving the decisive spot-kick in a 5-4 shoot-out success.

And now Van Dijk hopes this latest trophy will be the first of many to come at Anfield.

“Hopefully it will be a nice habit [of winning trophies],” the Dutch centre-back told the club’s website.

“It was tough, they played well [and] we had moments of playing well as well. I think it was a great game to watch as a neutral spectator, but overall we’re all very happy that we won the penalty shootout and take the cup with us.”

Van Dijk added: “I think we started well. We did well, we put them under pressure, we had moments.

“I think at times we lost the ball a little bit too easy and the gaps were too big and they did well, they countered on us in a couple of moments and became dangerous.

“[We had] a couple of moments that were a bit lucky with the offside trap and stuff, but after the break we did very well.

“We came out and we showed what we all want to see and then after that they had moments, we had moments as well and it could go any way. After all, it’s all about a bit of luck in the penalty shootout.”

The former Southampton man also reserved praise for Adrian for his heroics on his full Liverpool debut. 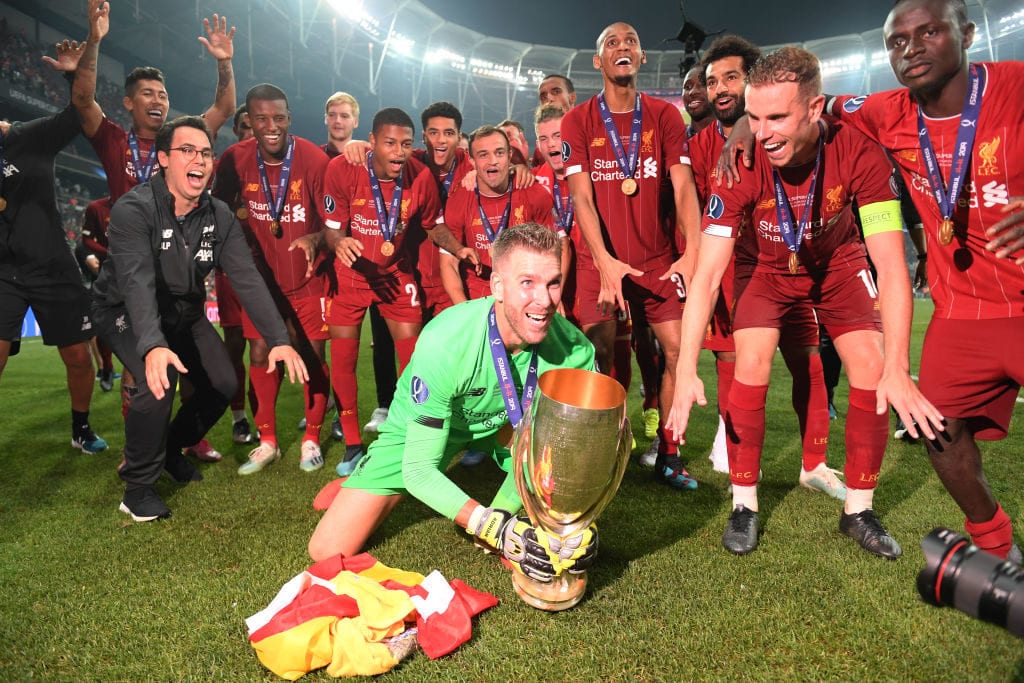